What is Blockchain Development? The Complete Solution Here

Hermit Chawl
MD at AIS Technolabs which is a Web/App design and Development Company, helping global businesses to grow by Global Clients.
News & Updates
Posted 11 months ago on March 3rd, 2022.
Related To:
Tags: 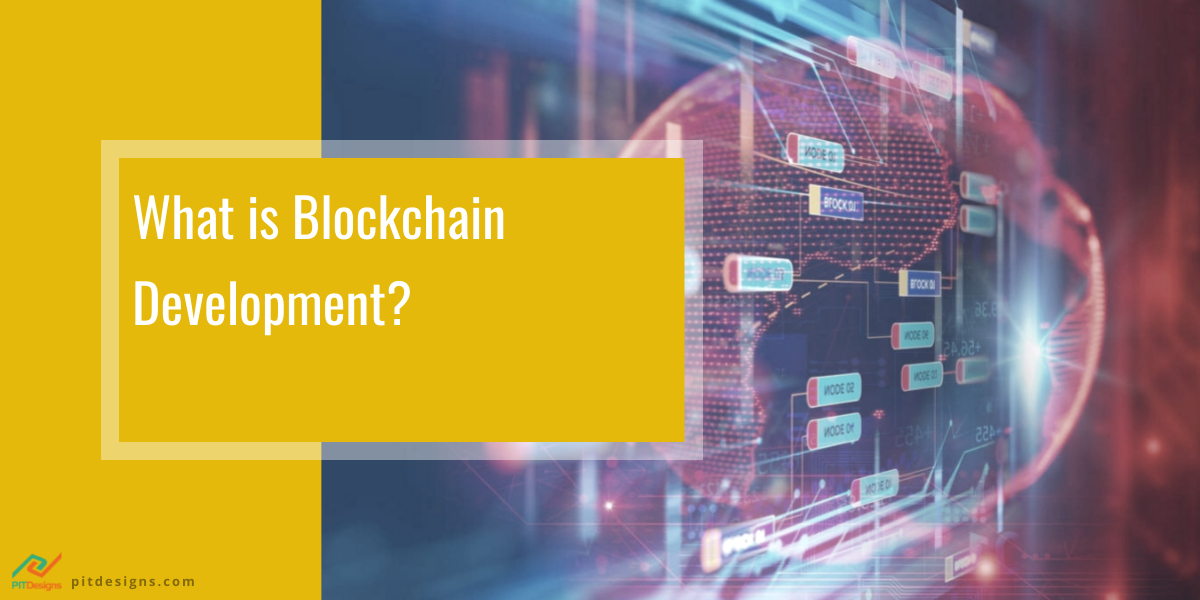 Blockchain technology has the potential to transform how the digital world manages data and conducts commerce. Originally designed to support Bitcoin, it has shown to have a degree of adaptability and security that has caused many sectors of industry and government to take notice and begin implementing it. With that in mind, it makes sense to explore becoming a Blockchain developer if you're looking for a job with a lot of room for advancement and a vibrant new technology that's just getting started. If this potential piques your interest, and you'd want to learn more about how to become a developer in the field and blockchain app development company, keep reading to learn everything you need to know.

As the name implies,it is a series of blocks containing timestamped digital documents. The goal of this technology, which was first proposed by a group of academics in 1991, was to timestamp digital documents such that no one could backdate or tamper with them. However, the notion stayed dormant until Satoshi Nakamoto resurrected it in 2009 to create Bitcoin, a digital economy. To put it another way, it's a distributed ledger in which the preserved digital records are disseminated among all network nodes. Every node keeps an up-to-date copy of the ledger. It is impossible to modify data after it has been recorded or added to a blockchain.

What is the Role of a Blockchain Developer?

The distributed ledger and its immutable record of transactions are accessible to all network members. Transactions are only recorded once using this shared ledger, reducing the duplication of effort that is common in traditional corporate networks.

After a transaction has been logged to the shared ledger, no participant may edit or tamper with it. If a mistake is found in a transaction record, a new transaction must be made to correct the problem, and both transactions must then be accessible.

How does it work?

These transactions depict the movement of a physical (a product) or intangible asset (intellectual). The data block may store whatever information you want, including who, what, when, where, how much, and even the state of cargo, such as the temperature.

As asset transfers from one location to another or ownership changes hands, these blocks create a data chain. The blocks validate the precise timing and sequence of transactions, and they are securely linked together to prevent any block from being changed or inserted between two other blocks.

Each successive block reinforces the prior block's verification, and hence the whole blockchain, which becomes tamper-evident as a result, giving the crucial strength of immutability. This eliminates the risk of manipulation by a hostile actor, and creates a trusted record of transactions for you and other network users.

Most people believe that Blockchain and Bitcoin are interchangeable terms, however, this is not the case. It is a technology capable of supporting a variety of applications in a variety of industries, including banking, supply chain, manufacturing, and so on, but Bitcoin is a money that is safe thanks to this technology developed by the blockchain app development company. It is a new technology that offers a number of benefits in an increasingly digital world:

It employs a digital signature technology to execute fraud-free transactions, making it difficult for other users to corrupt or edit an individual's data without a unique digital signature.

A system that is not centralized

Normally, transactions require the permission of regulatory bodies like a government or a bank; but, with Blockchain, transactions are completed by user consensus, resulting in smoother, safer, and quicker transactions.

It's programmable, and when the trigger's parameters are matched, it may automatically produce a series of activities, events, and payments.

Blockchain is a cutting-edge technology with novel applications in a variety of fields. Its advantages have aided firms in implementing effective security measures as well as improved organization to improve workflows and customer satisfaction. As more individuals become aware of this technology and contact blockchain app development companies, they are prepared to invest in it in order to improve the quality of their companies through the use of blockchain applications.

Author Bio - Hermit Chawla is a MD at AIS Technolabs which is a Web/App design and Development Company, helping global businesses to grow by Global Clients. He love to share his thoughts on Web & App Development, Clone App Development and Game Development.