The Rise of Blockchain Development 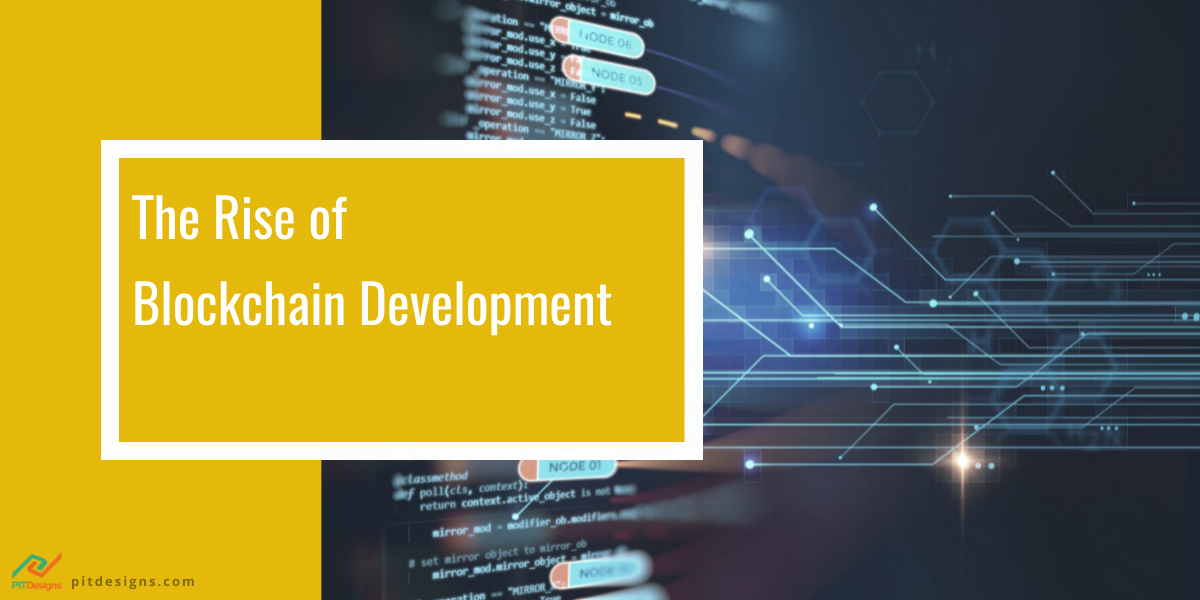 Blockchain technology is classified as a type of decentralized digital ledger which allows your system to save transactions and related digital activity onto multiple computers. This is often implemented to improve your network's security and make it more secure.

Apart from that, the system also enhances your network’s performance as information can be sent and received faster by different devices simultaneously.

Thanks to its notable features and cost-effective measures, blockchains have attracted the attention of companies from multiple industries like finance and e-commerce. The financial sector especially has placed significant investments into its development to maintain the trust and legitimacy of a business.

These days, blockchain development can also often be seen alongside new startups that range from mobile finance solutions like bitcoin to healthcare system technology.

As more and more companies rely on the said technology to improve their platform and services, the demand for skilled developers grows. With this in mind, new job positions are continuously created, which can help lead the country towards better economic growth.

A Look into Recent Blockchain Development

Blockchain technology is an intricate archiving system that can benefit many different industries in numerous ways. Here is a look at some of the latest implications of its development and what it could mean in the future.

JPMorgan is one of the largest investment bank and financial services company in the world which operates in over 60 different countries. As of April 2021, the company announced the launch of a blockchain solution called “Confirm” which will significantly reduce the number of failed transfers through its payment systems.

Through this development, the system aims to create faster transaction confirmation in real time while reducing operational costs. At the same time, the solution also lowers the risks of fraudulent activity from occurring through the pre-validation of account information.

On July 2020, President Moon Jae-In announced that it is looking to strengthen the 4.0 tech industry through blockchain development. The South Korean government plans to allocate over $48.2 billion by 2025 to blockchains and related industries working on multiple developments.

Through this, the country expresses its efforts to promote the adaptation of digitizing all industries through the coming post-pandemic era. At the same time, economic benefits for the country is also demonstrated as thousands of new jobs will be created across different sectors related to big data, artificial intelligence, and other associated networks.

In May 2020, the National People’s Congress of China proposed to create and support a number of blockchain developments that the government would lead. Through this effort, funds will be allocated to developing and growing several promising blockchain companies.

The proposal states that this will help push the innovation of blockchain technology while simultaneously allowing the country to gain the upper hand in future global developments.

The Role of a Blockchain Developer

As the name suggests, the purpose of a blockchain developer is to create innovative solutions to problems that affect the control and integrity of a network. More commonly, these developers can be categorized into two types: core developers and software developers.

Core blockchain developers are tasked with designing the security features of the system as well as its general construction. More often, they begin by building the foundation of the network, which will act as a guide for other team members.

On the other hand, software developers are typically in charge of creating compatible applications and programs based on the established architecture built by the core developers. This includes building the necessary web varieties and systems that allow it to become decentralized.

While the two may be classified differently, these workers may also share responsibilities such as monitoring contacts, analyzing data, testing development, and meeting the required designs according to the client’s needs.

More often, those who grow an interest in the field and technological advancement often pursue studies in programming. However, you may have also found yourself starting from scratch and learning by yourself on a refurbished MacBook Pro M1. Regardless of how you plan to start, it can be considered a promising field to work in as it offers numerous career growth and development opportunities.

The Future of Blockchain Development

Adopting blockchain technology into your system lets you keep your network secure while creating a reliable way to trace transactions and activity. For many investors, developing these digital ledgers has become a necessity as more cryptocurrencies enter the market and grow in demand.

With this in mind, government organizations in different countries have also been interested in this growth and are providing the necessary funds for its continuous expansion.