The Best Alternative to Google Inbox 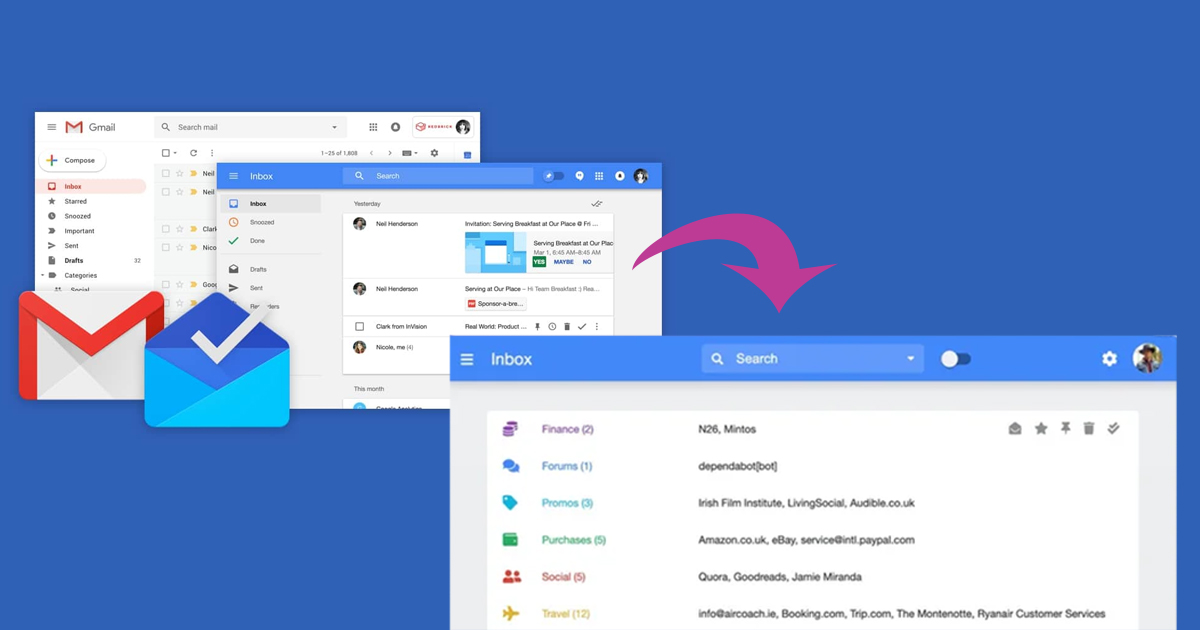 We all remember Inbox by Gmail. The best thing that happened to Gmail. It was officially released to the public on May 28, 2015. Then Google decided to shut it down on April 2, 2019.

Personally, I always used it. Inbox by Google was probably the best attempt to re-invent the Email as we know it. To date, several apps have come to the scene claiming to kill email for good finally, but it just keeps sticking around. After all, email is a functional and reliable way to communicate.

So What is a good alternative for "Inbox by Gmail"?

We use DarwinMail instead of plain Gmail. For many reasons, we will discuss them in this article.

So there are several free and well-known email service providers. But Gmail seems to be the best choice (for us - from experience and years of daily use). In addition to integrations, Gmail's security and pricing options beat Microsoft and Outlook. If you're planning on switching to the entire Google Workspace of tools, they're also more user friendly than Microsoft 365.

So this article isn't to bash Gmail as if it's not the best free email service provider out there! But there are rooms for improvement, especially in the UI & UX department. Inbox did a great job with that, and Google did a great job killing it 🙂 (we take this time to remember the good ol' Google Reader too)

Back to emails, a study showed from promotional emails to important work-related ones, the average person receives more than 200 messages per day and spends 2.5 hours dealing with emails.

With that in mind, wouldn't you like to have a better UI for Gmail, organized, and allow you to do more in fewer clicks/time? This is where DarwinMail comes into play.

Clean UI & UX. As important as it is, this aspect remains a subjective judgment. But we probably all agree that Gmail could use some brushing up. DarwinMail brings a clean and minimalist user interface that cuts down on distractions and clutter, providing a superior user experience familiar to any former Inbox user.

It's worth mentioning that DarwinMail still has some way to go. There have been some occasional bugs, but the fact that it’s already so near a 100% e-mail client is a positive sign. The developer is always ready to answer questions, support and developing the product.

DarwinMail allows you to manage multiple accounts Seamlessly, send from multiple aliases, and create multiple custom signatures best for Busy professionals and project managers who want enhanced control of their inbox and streamlined communication. Create rules to categorize your emails so you can stay organized automatically. It is a fast and secure email tool that lets you email from multiple accounts and set up reminders, snoozing, and bulk actions so you can increase your productivity.

You can learn more about the planned and in-development features from the public roadmap.