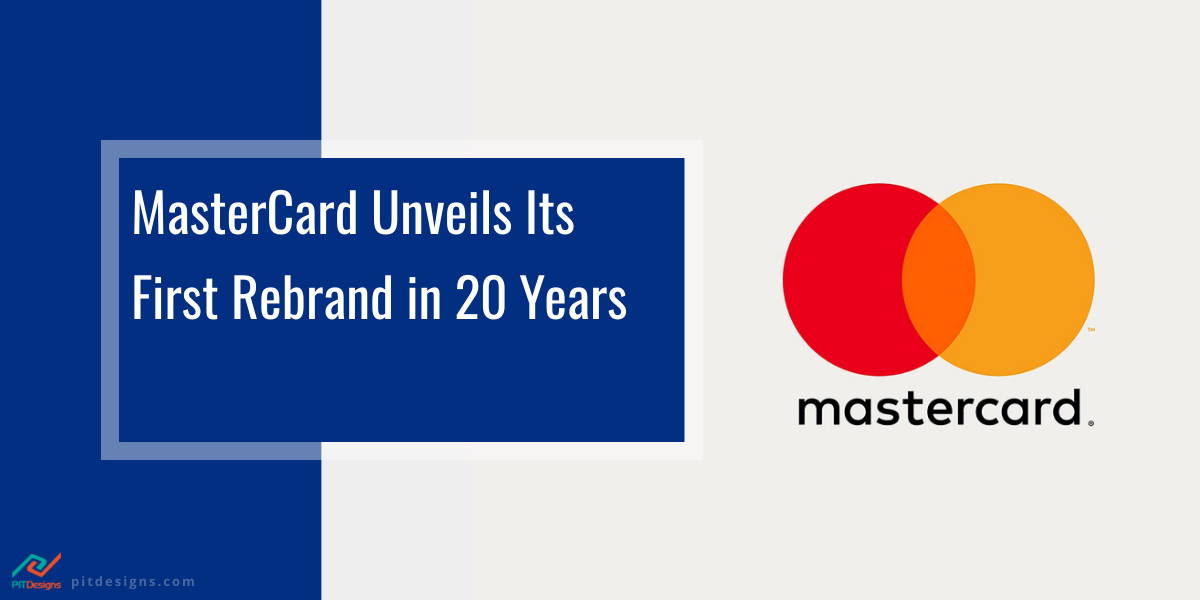 MasterCard’s logo is almost universally recognized because it’s remained unchanged for 20 years. The interlocking twin circles (one red and the other yellow) with the wordmark “MasterCard” prominently displayed on top has greeted its credit cardholders around the world for decades. You might even say that this logo was ubiquitous in financial and consumer circles.

Now, MasterCard has unveiled its new logo, which was created to make it easier for the company to brand itself consistently across all of its interests, including digital and the web. Interestingly, the redesign isn’t much of a stark departure from what’s worked for the company, namely the intersecting circles. Subtle changes have been added to the logo, but these subtle changes have created a huge impact on the company’s product line, as it’s now easier than ever for people to identify the brand planet-wide.

In the old design, the logo featured interlocking circles that created a venn diagram where the circles overlapped. Here, the red and yellow circles looked like teeth on a zipper as there were bars of red and yellow in the middle. The MasterCard wordmark was imposed on top of the circles, with uppercase and lowercase text in addition to a drop shadow that fell on the circles.

The new logo design espouses smart minimalism by taking all of the old design’s elements and simplifying it that much further to create a logo that has fewer elements for its partner banks (which issue its cards) to use in confusing cross-branding.

Instead of the red-and-yellow comb effect in the center of the circles, we know see the true result of red and yellow mixing, which is the color orange. The wordmark “MasterCard” has been entirely kicked out of the circles and now appears underneath them.

The wordmark also features a new typeface, FF Mark. The most notable change is that every letter in the new wordmark is now lowercase while also sporting circular curves that the old wordmark couldn’t accommodate. It’s also gone from white to black.

The design company that worked on this update, Pentagram, was thankful that it already had much to work with before they began the redesign. The old logo already featured one of the simplest and easiest geometric shapes with which to work, not to mention two of the three primary colors. As a result, Pentagram didn’t really perform a complete overhaul, but, rather, a simple design tweak that updated the logo to today’s branding needs.

The new logo is anything but excessively clever or instantly eye-catching. Instead, it’s a safe and effective transition from a tested design to one that’s complementary to an evolving brand identity.