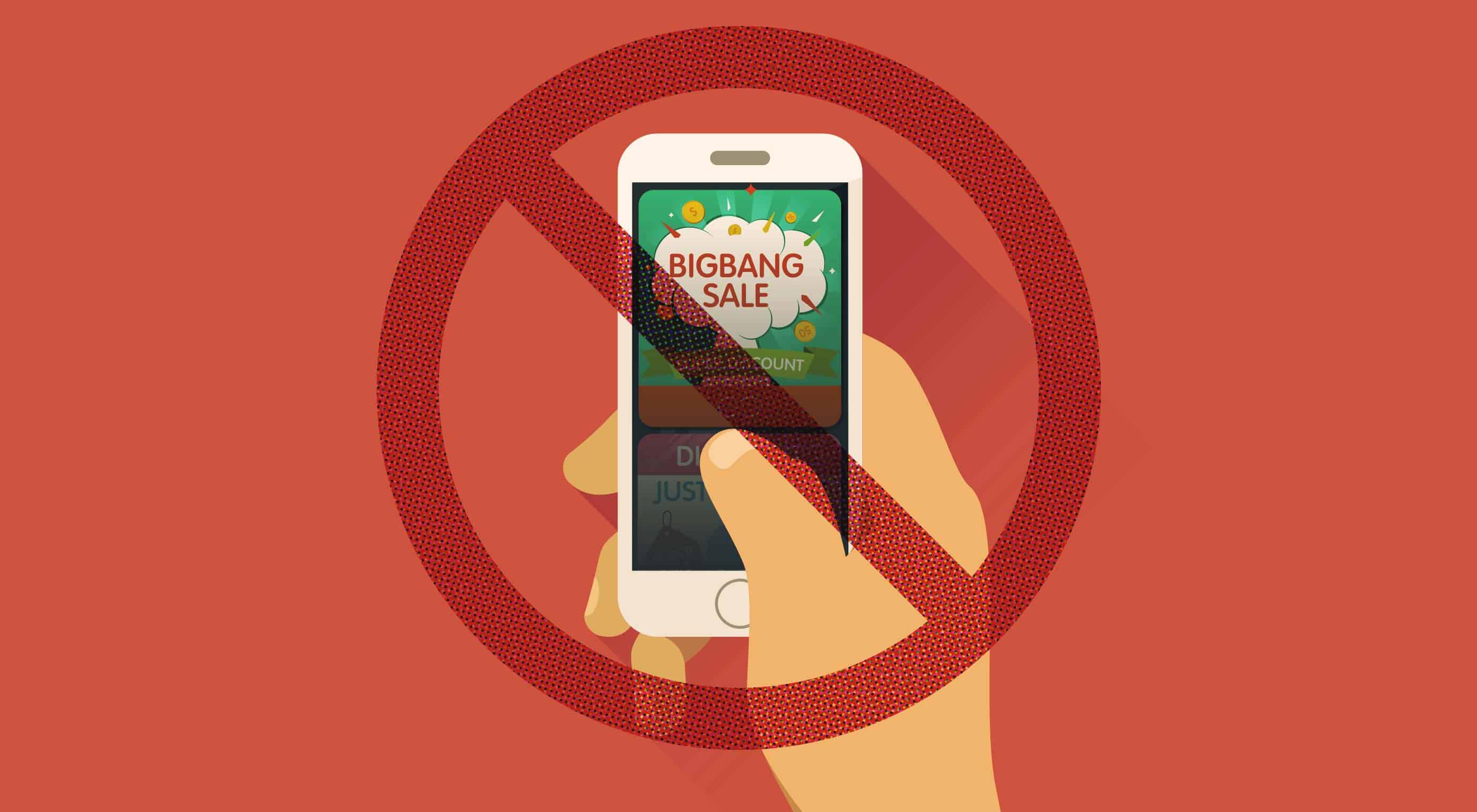 Do you hate it when ads straight up block access to the content you want to see? Well Google does too! No, really. Starting now, Google will be penalizing sites that use interstitial ads on mobile devices.

Why aren’t they doing this on desktop devices? I assume this is our punishment for not all switching to Chrome OS already.

But seriously, this is good news for users, and it’s going to annoy a lot of advertisers. Google is specifically targeting interstitial ads that need to be dismissed before you can see or interact with the rest of the site. So we’re talking about page redirection ads, those annoying modal windows that pop up when you load the page, those annoying modal windows that pop up in the middle of an article, and so on.

Not only can they be annoying to see, they can be annoying to get rid of. They often make the little “X” icons so small, and it’s too easy to accidentally tap on the ad instead of dismissing it.

Now, Google seems to be okay with very small interstitial ads. Think of those tiny floating banners that show up at the bottom of your phone’s screen sometimes. Those are apparently ok. So are popups that are used for legal reasons, like verifying someone’s age [and here, the author snorted in amusement], or telling them that the website uses cookies [and here, the author felt hungry].

So, good news for everyone except evil advertisers, right?

So, good news for everyone except evil advertisers, right? Well, here’s something to consider: in many ways, Google is becoming the arbiter of good design, at least when it comes to ads.

Once upon a time, their rules were all about preventing people from using unethical SEO “hacks” that allowed them to dominate the rankings for their search terms, and even for terms that had nothing to do with what they were selling. That was, and still is a good thing. Not only do these rules more or less keep things fair, they actually simplify the process of SEO.

Recently, though, Google has begun to punish people for doing stuff with ads that is definitely irritating, and probably counterproductive, but not specifically morally or ethically wrong. Do we really want Google defining what a good design is? On the one hand, I’ve often joked about embracing our new Googly Overlords with open arms. You could definitely see this as Google just lending the users a helping hand. We’ve been saying for a long time that interstitial ads are not great, and many have yet to listen.

With this update, Google is going to make them listen.

On the other hand, Google is a corporation. I’m pretty sure the three-hundred-and-sixty-seventh rule of aquisi… I mean… capitalism… is that corporations are not your friend. Now, they probably won’t penalize sites that aren’t built with Material Design, or anything like that, but we do have to wonder how far they will go.

At least we should be asked to sign up for fewer newsletters three seconds after loading a page.