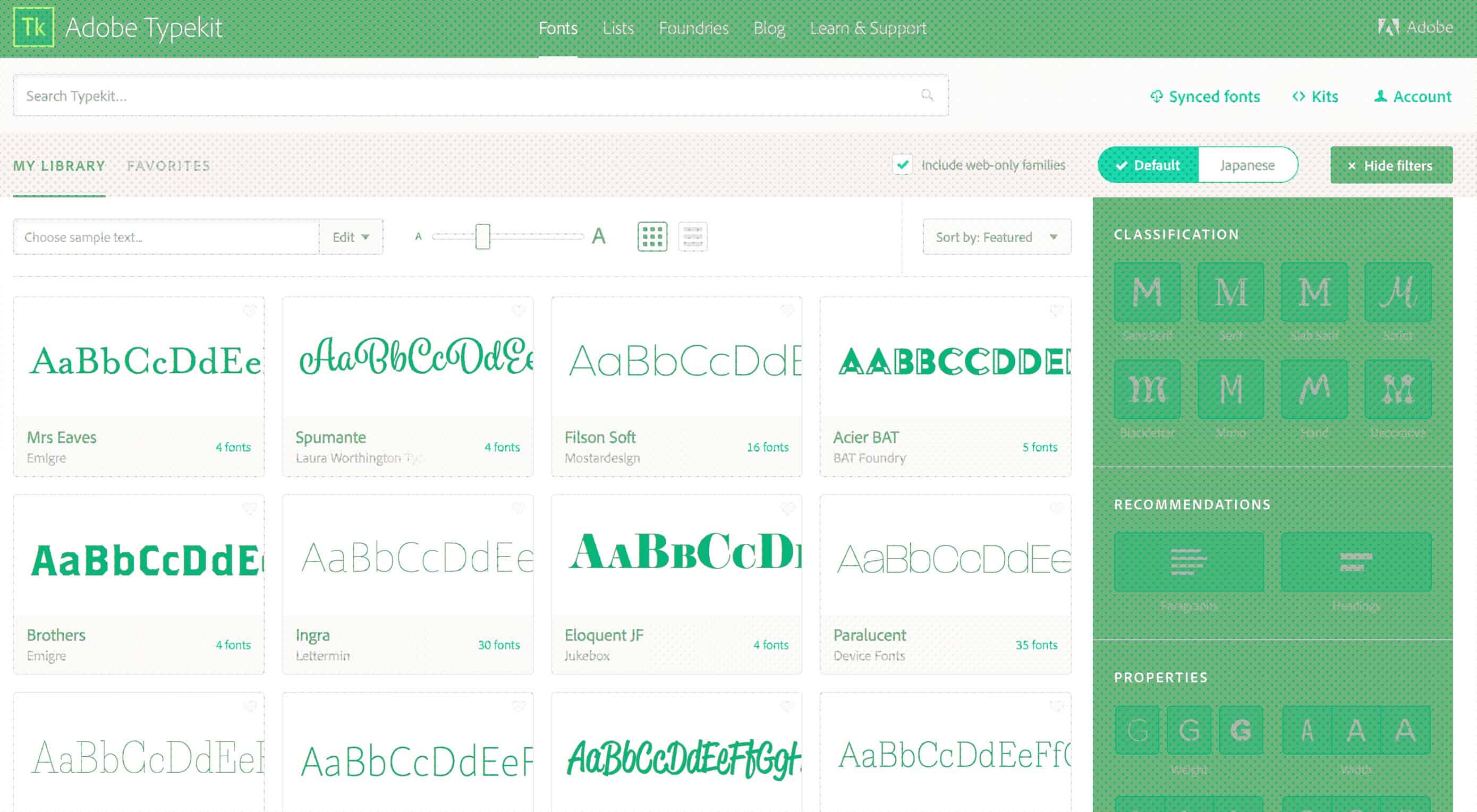 Adobe Typekit has just released a long-overdue update to its font browsing interface. Currently still in beta, the new UI makes finding, and using fonts substantially easier. This is the biggest update to Typekit’s UI in 5 years and comparing the old with the new offers a fascinating insight into the way design priorities have shifted in the last few years.

The new design is more responsive, the dated fixed-width column having been replaced by flexible columns that look and feel great even on a phone—on screens like the iPad Pro, it’s a pleasure to use. The new design makes maximum use of the viewport by filling the available space, and the filters can now be neatly tucked away when not required.

The new Typekit UI is substantially simpler than its predecessor. Take for example the Web/Desktop option introduced when Adobe began streaming fonts to Creative Cloud; the two toggle buttons have been replaced with an Include web-only families checkbox. (Anyone who produces mockups, style guides, or even graphics for clients will want to toggle that off immediately—so that Typekit only shows you fonts that can be synced as well as displayed on the web.)

Font syncing itself has also been sped up. To sync a font to Creative Cloud apps you no longer need to open a modal window, just click the Sync button next to the preview.

Happily, you can now enter numerals, punctuation, and diacritics as sample text. This is a godsend for designers working in languages other than English but also for anyone (such as myself) who enjoys browsing by ampersand.

Perhaps the most welcome change has been the switch from infinite scrolling to pagination. In the old design, it was all too easy to click on a font for more details, then hit the browser’s back button and find yourself back at the start of your filtered results. Now, thanks to working with the browser’s default behaviour instead of against it, the back button takes you straight to the last page so you can continue browsing.

You can try out the new interface by logging into Typekit, clicking the Account link and toggling Early Access to On. The Typekit team are asking for feedback on the latest changes, so if there’s a feature you’ve always wanted, or if they’ve scrapped something you use everyday, now’s the time to speak up, via email or on Twitter.

Typekit is an excellent service, arguably one of Adobe’s best, but crowbarring new features like syncing, into a dated interface, lead to an increasingly frustrating user experience. Typekit’s new UI retains the best of the service, and maintains brand familiarity, while addressing most of its flaws.

What the new Typekit does best, is get out of the way. The new design is, if not actually invisible, certainly less opaque. That’s something we can all learn from.